6 tips for designing your bedroom

When designing your bedroom in your new home, several factors must be taken into consideration. Whether you have a small or large bedroom, these considerations will all equally impact the comfort of your room. We have put together 6 tips to help you design the dream bedroom. 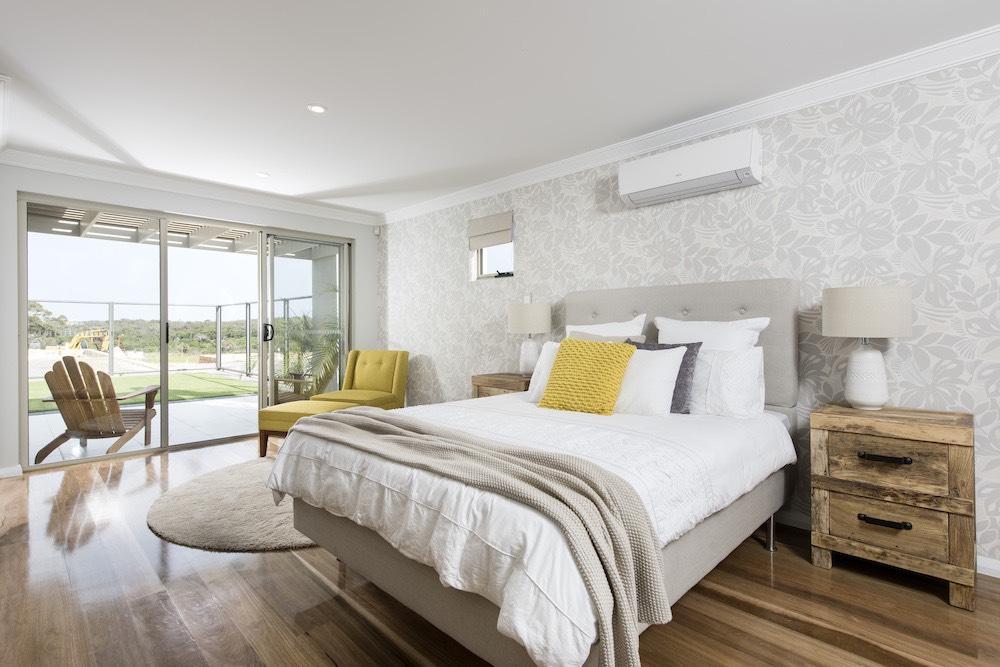 2. Allow for Walk In Robes (WIR) VS Sliding Robes

It’s worth considering the depth as you may want to install drawers later on which can be done by a cabinet maker.

Full height windows are always fantastic for allowing as much light in as possible and make the room feel larger, but may limit you to what walls you can utilise with furniture. Consider taking your windows to the height of a bed head or desk so you won’t lose the wall and ruin the overall look of the room. Also consider things such as sliding windows and awning windows. Sliding windows tend to allow for better ventilation but aren’t as protected as awning windows.

4. Doors used in the rooms can make a big difference

As an example, when we built the Settlers View on display, due to the orientation of the home we were worried the hallway would be dark during the day, so instead of installing a skylight in the hallway we installed doors with a frosted glass insert which allowed light from the rooms to come into the hallway. This made the hallway look more visually appealing when the doors were closed.

Lighting is often influenced by the orientation of the house and how much light the room receives. Downlights are always the most favoured but tend to be the most expensive. Consider LED down lights for energy savings but be prepared to pay a higher price. If the rooms are just spare rooms, keep it simple as the extra expense generally isn’t worth it.